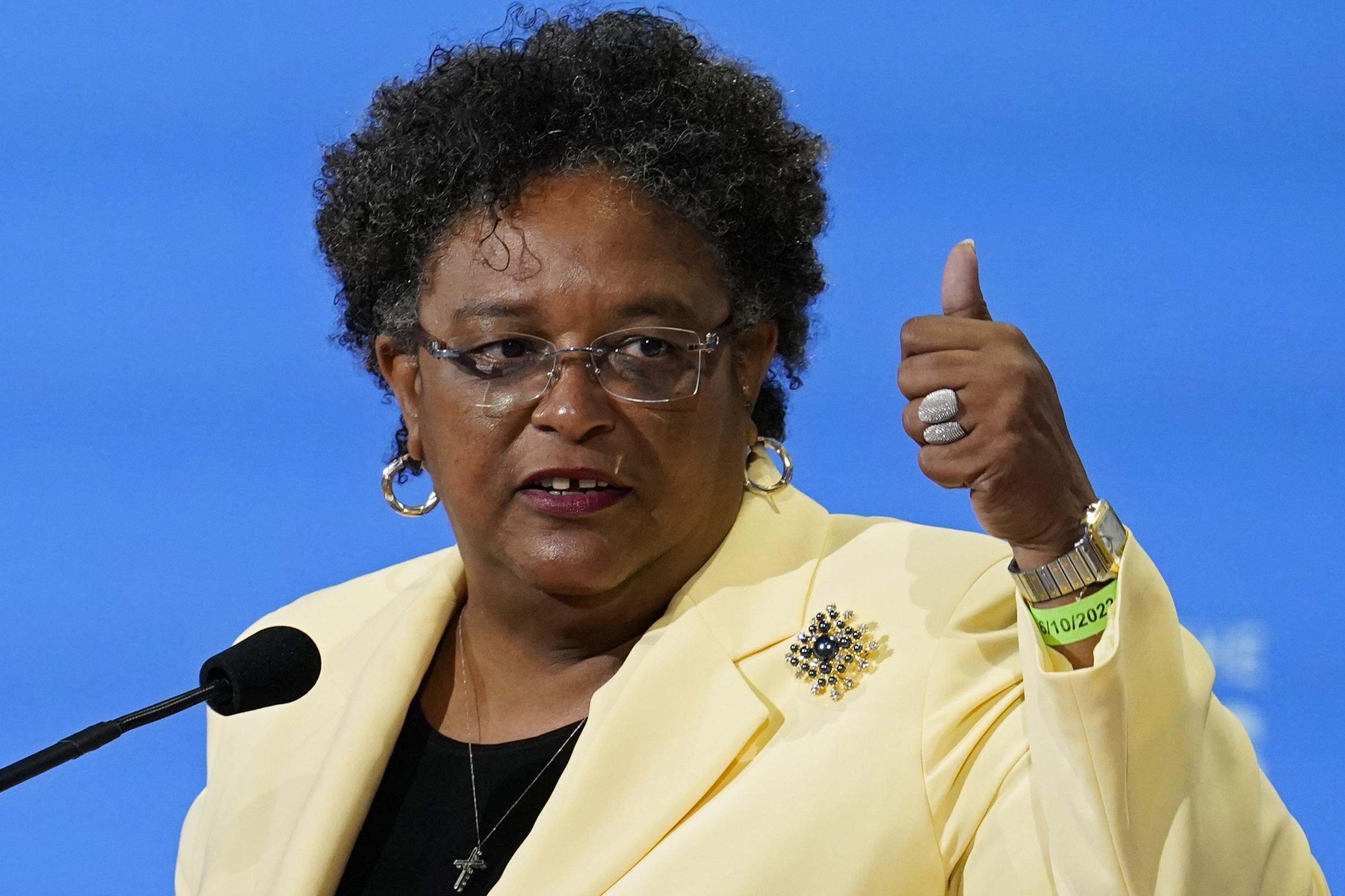 Mottley’s office said Monday that the leader of the eastern Caribbean island has a mild case and will remain at home, adding that she is fully vaccinated.

Mottley was sworn in for a second term in January after her party held a snap general election after the country cut ties ties with Queen Elizabeth II late last year.

Mottley was elected prime minister in 2018 and became the island’s first female leader.