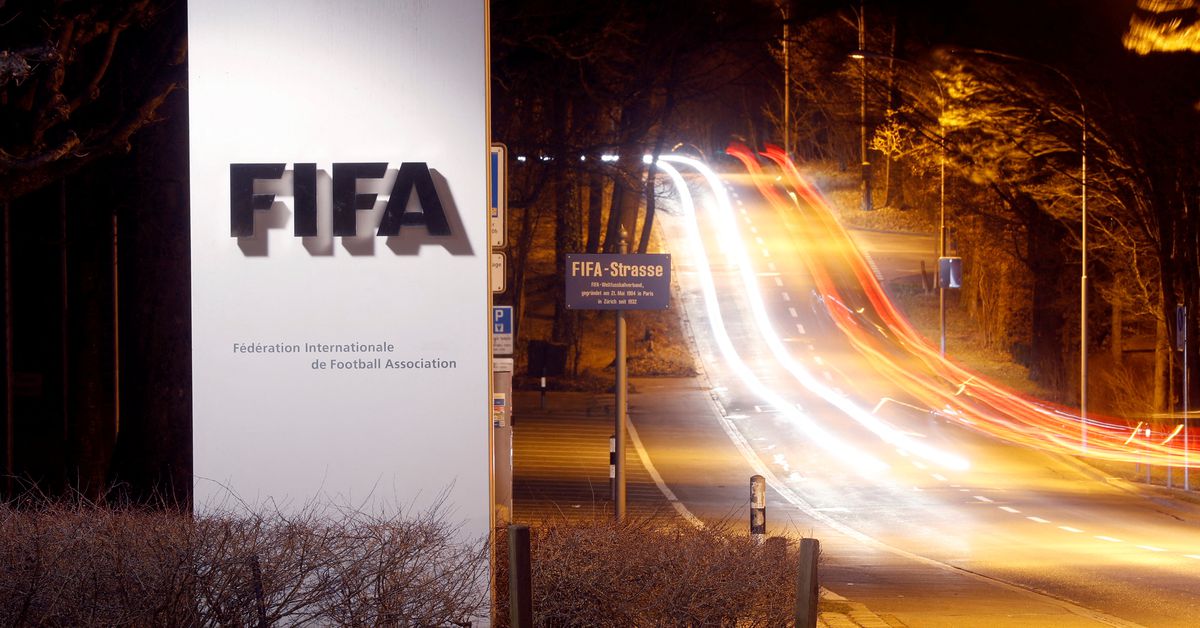 MANCHESTER, England, June 21 (Reuters) – Soccer’s world governing body FIFA has moved to help protect foreign players affected by the conflict in Ukraine by allowing them to suspend their contracts until June 2023.

Earlier this month, Andriy Pavelko, president of Ukraine’s football federation, revealed details of discussions with the heads of FIFA and UEFA about resuming men’s and women’s matches in the country in a safe manner in August.

Foreign players contracted to Ukrainian clubs have mostly fled since Russia invaded the country back in February, with it remaining uncertain as to whether they will return, should the league begin again in two months time.

As a result, FIFA will now allow players and coaches to take the decision to delay their return, and their contracts will remain in place. The relaxing of the rules is also an attempt to further punish Russia.

“Should clubs affiliated to the Ukrainian Association of Football (UAF) or the Football Union of Russia (FUR) not reach a mutual agreement with their respective foreign players and coaches before or on 30 June 2022, and unless otherwise agreed in writing, these players and coaches will have the right to suspend their employment contracts with their clubs until 30 June 2023,” a FIFA statement read.

“FIFA will continue to monitor the situation in Ukraine closely to ensure that the regulatory framework is adapted according to any new developments. FIFA also continues to condemn the ongoing use of force by Russia in Ukraine and calls for a rapid cessation of the war and a return to peace.”

Sources close to the discussions told Reuters that players who are not of Ukrainian nationality and contracted to Ukrainian clubs who suspend their contract before or on 30 June 2022 will be considered “out of contract” until June 2023, and thus free to sign elsewhere for this period.

Since the Feb. 24 start of the invasion, Russia has scaled back the ambitions of its war, pulling back troops from around the capital Kyiv and focusing on pushing out Ukrainian troops from the eastern Donbas region. Russia says it is involved in a “special military operation” in Ukraine.