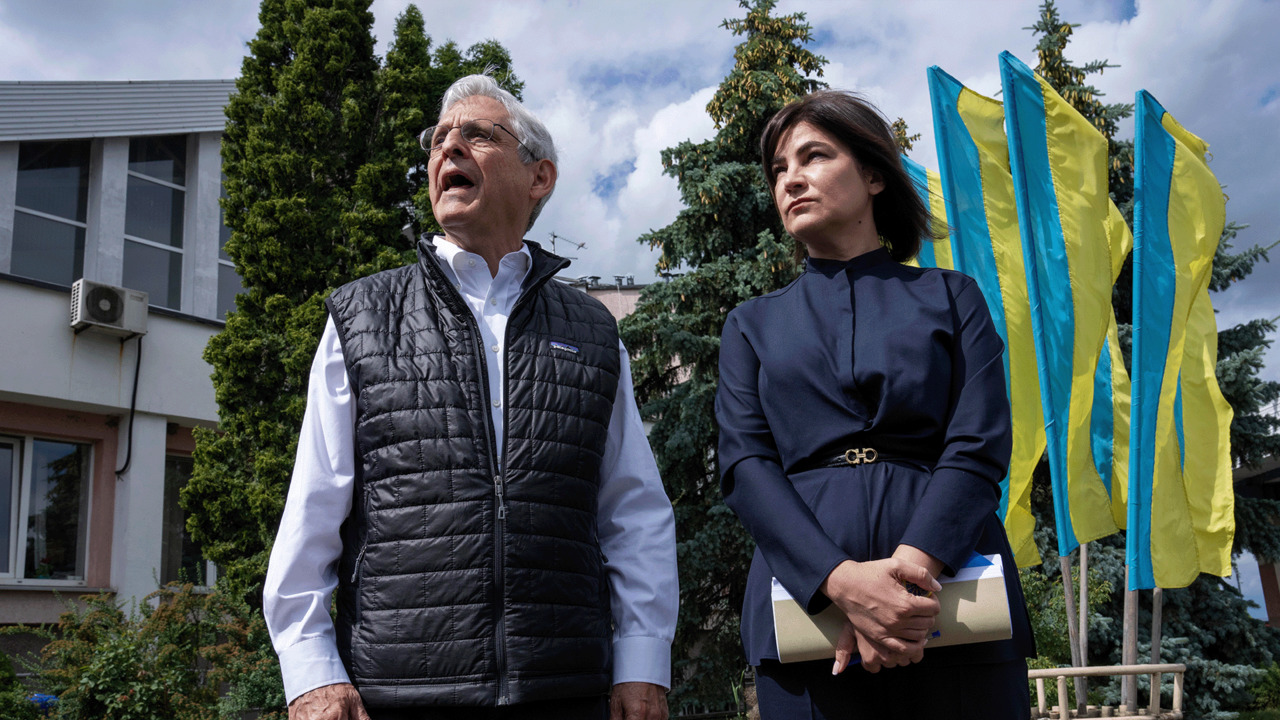 The United States, he added, “is sending an unmistakable message: There is no place to hide. We and our partners will pursue every avenue available to make sure that those who are responsible for these atrocities are held accountable.”

With his visit Tuesday, Garland becomes the latest member of President Joe Biden’s cabinet to make a trip to the war-torn country; Defense Secretary Lloyd Austin and Secretary of State Antony Blinken traveled there together in April. The Justice Department previously announced last week that Garland was traveling elsewhere in Europe for various meetings.

Garland’s visit comes after he revealed in April that the Justice Department was contributing to international investigations into alleged war crimes in Ukraine, escalating U.S. involvement in efforts to hold Russia legally accountable for atrocities committed during its invasion.

“This department has a long history of helping to hold accountable those who perpetrate war crimes,” Garland said at the time, invoking his predecessor Robert Jackson — a former attorney general in Franklin D. Roosevelt’s administration who went on to serve as the chief U.S. prosecutor of Nazi war criminals at the Nuremberg trials.

Garland has spoken publicly in the past about his grandparents fleeing antisemitic pogroms in Eastern Europe in the early 1900s, eventually finding refugee in the United States. A former Supreme Court nominee and chief judge of the U.S. Court of Appeals for the District of Columbia, Garland rose to prominence in part because of his role in the prosecution of the Oklahoma City bombers.