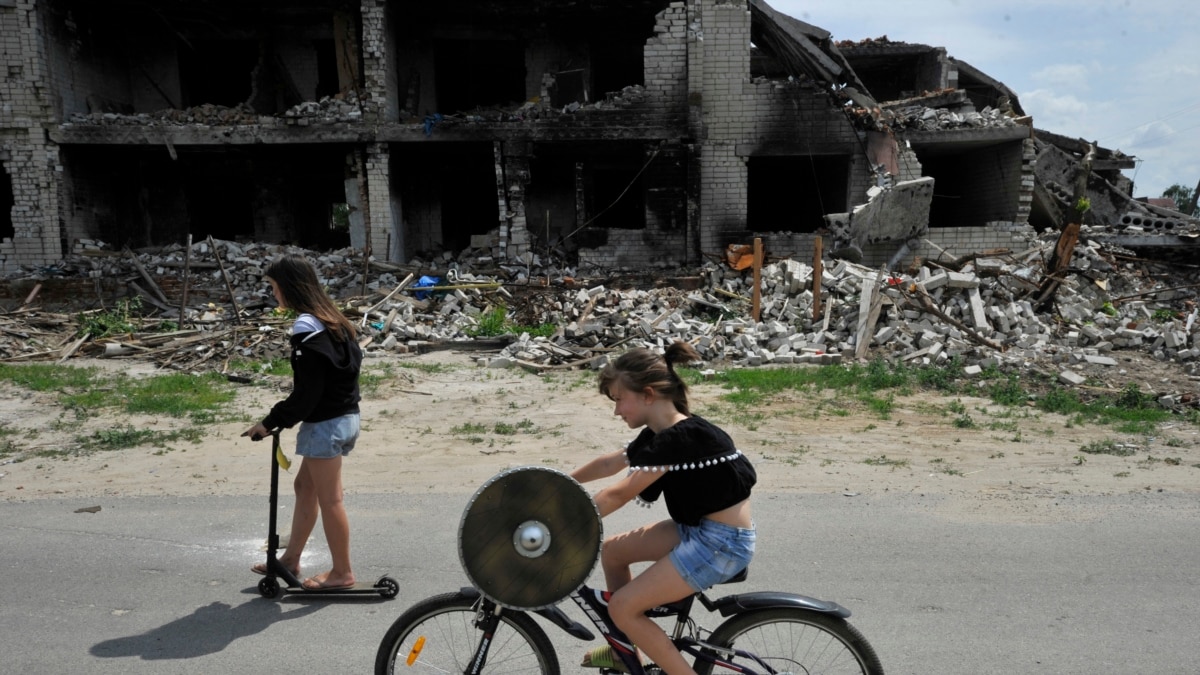 1:10 a.m.: The U.K. defense ministry said Wednesday that heavy fighting and shelling continued as Russian troops attempt to envelop the Sieverodonetsk area through Izium in the north and Popasna in the south.

“Russia is highly likely preparing to attempt to deploy a large number of reserve units to the Donbas,” the ministry said in its latest daily battleground report.

Casualties have amounted to about 55% of the original strength of the forces of the self-proclaimed Donetsk People’s Republic (DPR), one of Russia’s proxies in eastern Ukraine, the ministry said.

Figures published by the DPR showed that by June 16, 2,128 military personnel had been killed in action, with 8,897 wounded since the beginning of 2022, report said in a Twitter post.

Russian authorities have not released the tally of military casualties in Ukraine since 25 March, it added.

12:30 a.m.: U.S. President Joe Biden is due to speak Wednesday about gas prices and economic effects of Russia’s war in Ukraine as he considers whether to support suspending the nation’s federal gas tax.

Biden has said he would make his decision by the end of the week. The gas tax is set at 18.4 cents per gallon, with most of the money going toward road construction projects.

Average gas prices in the United States are at about $5 per gallon. Fuel prices around the world have risen in recent months, with rebounds in demand, refining capacity challenges and sanctions against major oil producer Russia among the contributing factors.

12:20 a.m.: Reuters reported that Indonesian President Joko Widodo will visit both Ukraine and Russia next week to meet his counterparts and push for a peaceful resolution to the ongoing conflict, his foreign minister said on Wednesday.

Retno Marsudi confirmed during a news conference the intention of Jokowi, as the Indonesian president is known, to visit Kyiv in addition to Moscow, which had been reported in Indonesian and Russian state media. Retno did not elaborate on what Jokowi, as president of the G-20 this year, would discuss with the two leaders.

12:01 a.m.: On Wednesday, Russia marks the Day of Remembrance and Sorrow — June 22 — when the forces of Nazi Germany invaded the Soviet Union in World War II, Reuters reported.

The day is also commemorated in Ukraine and Belarus, then part of the Soviet Union. The war there lasted 1,418 days from June 22, 1941, and historians estimate 27 million Soviet soldiers and civilians died.

The Ukrainian government and its Western backers say Russian President Vladimir Putin has used the false pretext of removing Nazis from Ukraine to wage an unprovoked war of aggression.

The Russian defense ministry released documents on Wednesday that date from the start of WWII and purport to show Germany intended to claim the Soviet army was bombing churches and cemeteries to justify its invasion.

“Just as nowadays, in 1941, the Nazis prepared provocations in advance to discredit our state,” Russia’s defense ministry said.

Some information in this report came from The Associated Press, Reuters and Agence France-Presse.