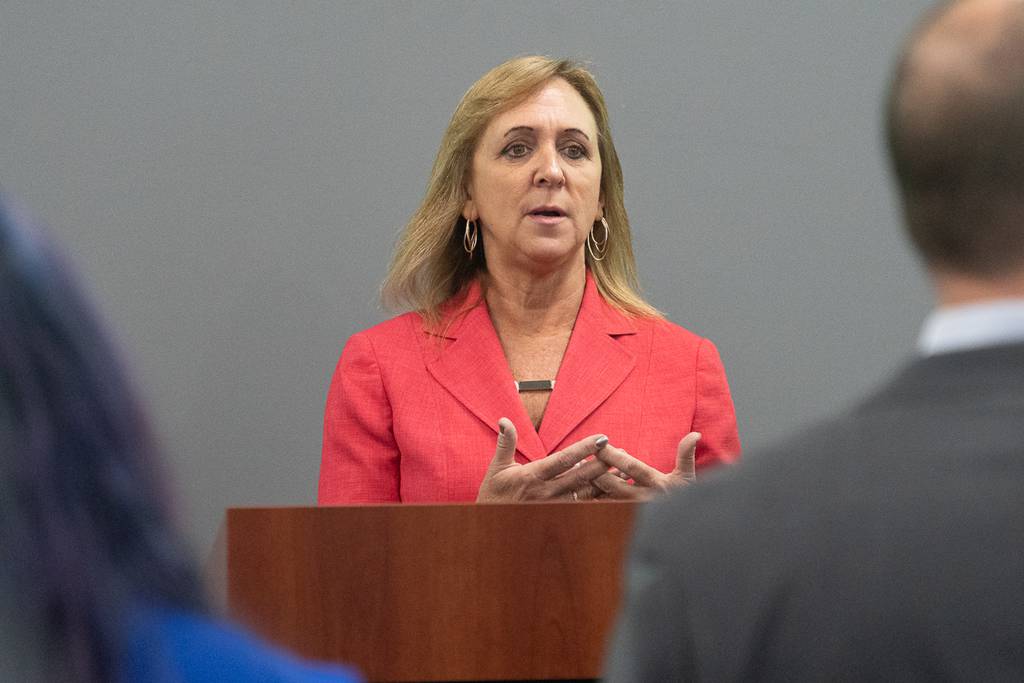 Editor’s note: This story initially included an inaccurate date for the start of Smith’s tenure. She took over in July 2021.

WASHINGTON — Carey Smith took over as chief executive of Parsons in July 2021. Since then, the defense and infrastructure company has kept up a busy pace of acquisitions, most recently picking up Xator, which specializes in cybersecurity, counter-drone technology, biometrics and more.

The $400 million deal this month added more than 1,000 new employees to Parsons, primarily in its engineered systems unit. Smith said Parsons prides itself on a stable retention rate, even as acquisitions typically generate a wave of departures and the COVID-19 pandemic has driven significant turnover across industries.

Defense News sat down with Smith to discuss her tenure and what’s ahead. This interview was edited for clarity and space.

Looking back, what were your top priorities coming in as CEO a year ago?

I had three, which is we’re a people-first company. How do we make sure that everybody who comes to work every day wants to be very engaged and involved, and how do we ensure we have a unique culture here?

The second one is something I call “get to yes,” which is really: How do we support the [profit and loss] functions to be able to execute business and win more business by having agile processes?

Then the third one is having top positions in high-growth markets. It would be, in federal, focused on cyberspace, missile defense, C5ISR; and now, with the addition of Xator, critical infrastructure protection.

You’ve talked about how the war in Ukraine could lead to new business. What could that open up in terms of opportunities?

How are you feeling about the federal budget?

We’re very positive on the budget. [The fiscal 2023 budget] at 4% uptick is good; it will probably end up being more than 4% at the end of the day. And then within there, [it includes a] 9% [increase] for the research and development budget, which is largely where we play.

Again, the budget’s going to go toward China being the No. 1 threat, with Russia being second. But areas like artificial intelligence, cybersecurity, missile defense, hypersonic defense, all the areas [in which we participate] are still very, very well supported within the budget. Areas that are being cut are more on the procurement side, and we don’t really play there as much, not being an [original equipment manufacturer].

You’ve been busy with acquisitions. Where else are you looking for potential deals?

We’ve bought eight companies over five years. We have a very deliberate strategy. Every month we go through a refresh. We’re not about buying for scale — we’re about buying for technology differentiation. Our focus largely to date has been on cyberspace and critical infrastructure protection. Going forward, you can expect to see us continue in those areas. But I would add to that, potentially, an acquisition on the critical infrastructure side that would have a technology component.

Marjorie Censer is the editor of Defense News. She was previously editor of Inside Defense. She also worked as the defense editor at Politico and as a staff writer at the Washington Post, the Carroll County Times and the Princeton Packet.