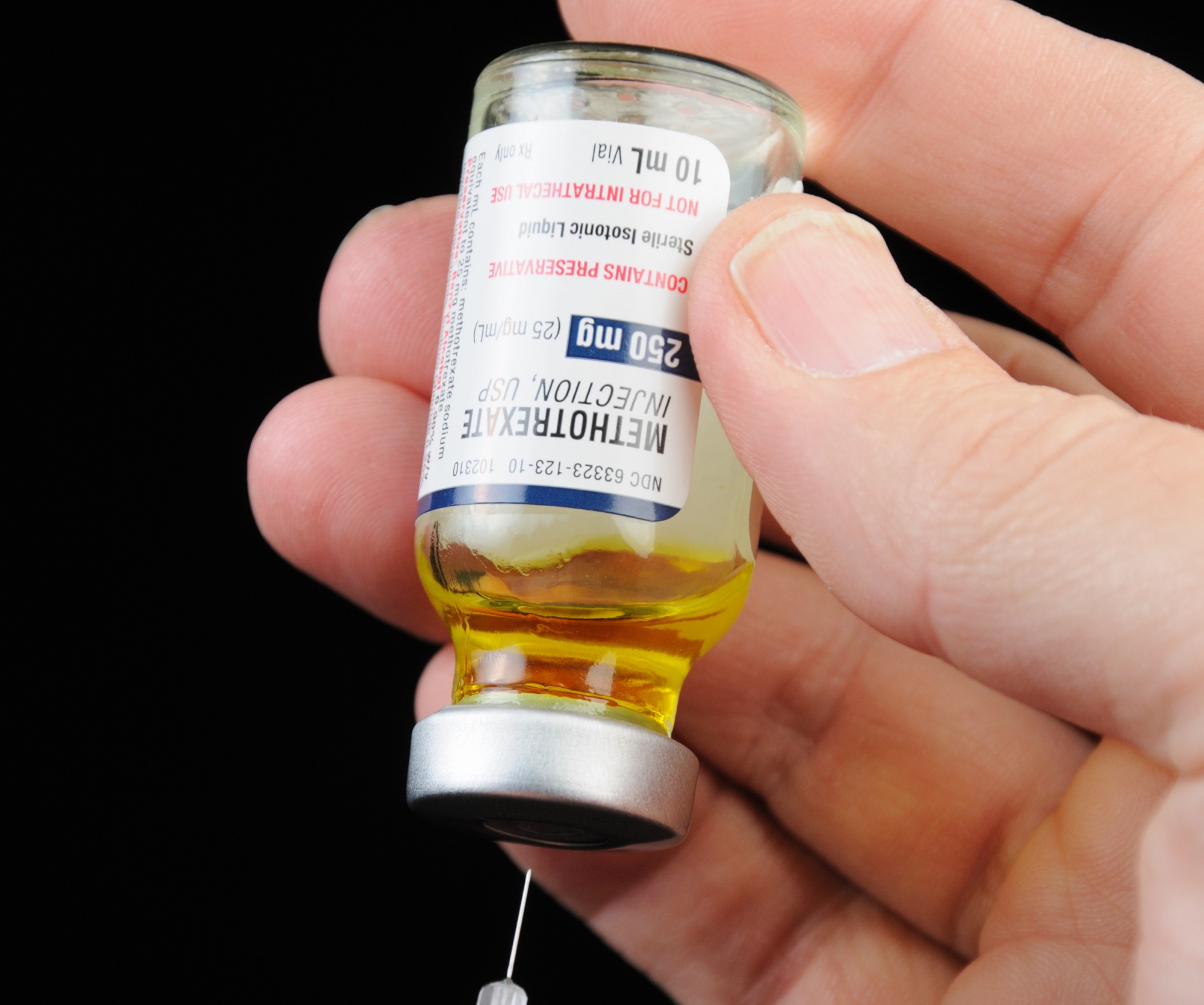 Older adult patients with autoimmune rheumatic diseases (AIRDs) treated with methotrexate (MTX) should temporarily discontinue the drug for at least 10 days after receiving COVID-19 vaccination, according to study findings published in Annals of the Rheumatic Diseases.

A retrospective subanalysis of an observational cohort study of patients with AIRDs at the Charité Department for Rheumatology and Clinical Immunology in Berlin, Germanywas was conducted between April 2021 and September 2021. The researchers sought to evaluate the effect of MTX and its discontinuation on humoral response following COVID-19 vaccination in patients with AIRDs. The secondary objective was to establish additional influencing factors on the antibody response among these patients.

Antibody response was measured at approximately 2 weeks following the second vaccination, with a maximum range of 11 to 112 days. Neutralizing antibody levels were evaluated via use of a surrogate virus neutralization test. Patients who achieved inhibition rates of at least 30% were considered to have demonstrated a SARS-CoV-2-specific humoral response and were defined as responders, whereas individuals with inhibition rates of less than 30% were defined as nonresponders.

Patients who received MTX therapy exhibited a significantly lower mean antibody response compared with those with AIRDs who were not receiving immunosuppressive therapy (71.8% vs 92.4%, respectively; P <.001). Among participants treated with MTX, age correlated negatively with immune response (r= –0.49; P <.001).

A major limitation of the study was the fact that because data regarding the MTX intake schedule during vaccination were evaluated retrospectively, recall bias could not be excluded. Due to the small sample size, factors in the multivariable logistic regression modeling were limited, which could lead to bias and residual confounding.

The study authors concluded that age (≥60 years), short vaccine interval, and MTX continuation were key factors associated with an inadequate antibody response among patients with an AIRD receiving COVID-19 vaccination.

Disclosure: One of the study authors has declared affiliations with biotech, pharmaceutical, and/or device companies. Please see the original reference for a full list of the author’s disclosures.