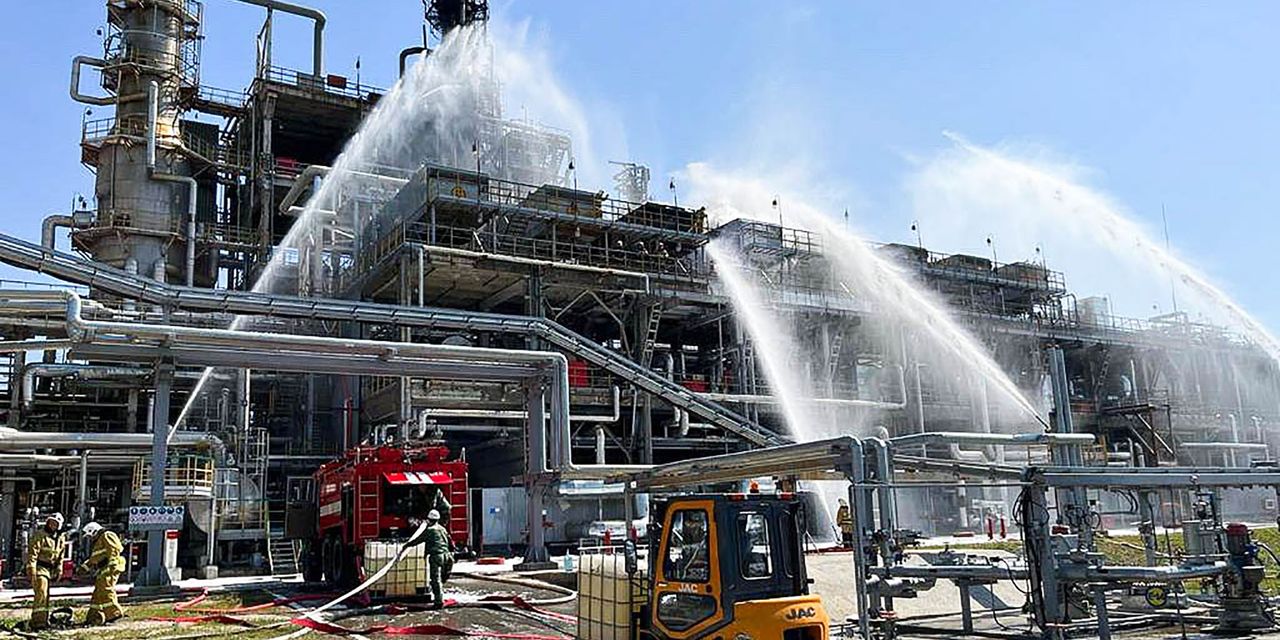 Russian forces targeted at least two large North American-owned grain terminals in the Ukrainian port of Mykolaiv on Wednesday, as part of what Kyiv and Western governments say is a campaign to degrade Ukraine’s ability to export food.

The strikes came as a major Russian oil-and-gas refinery close to the Ukrainian border was set ablaze after a drone, allegedly controlled by Kyiv’s forces, crashed into it Wednesday morning, according to the plant’s management.