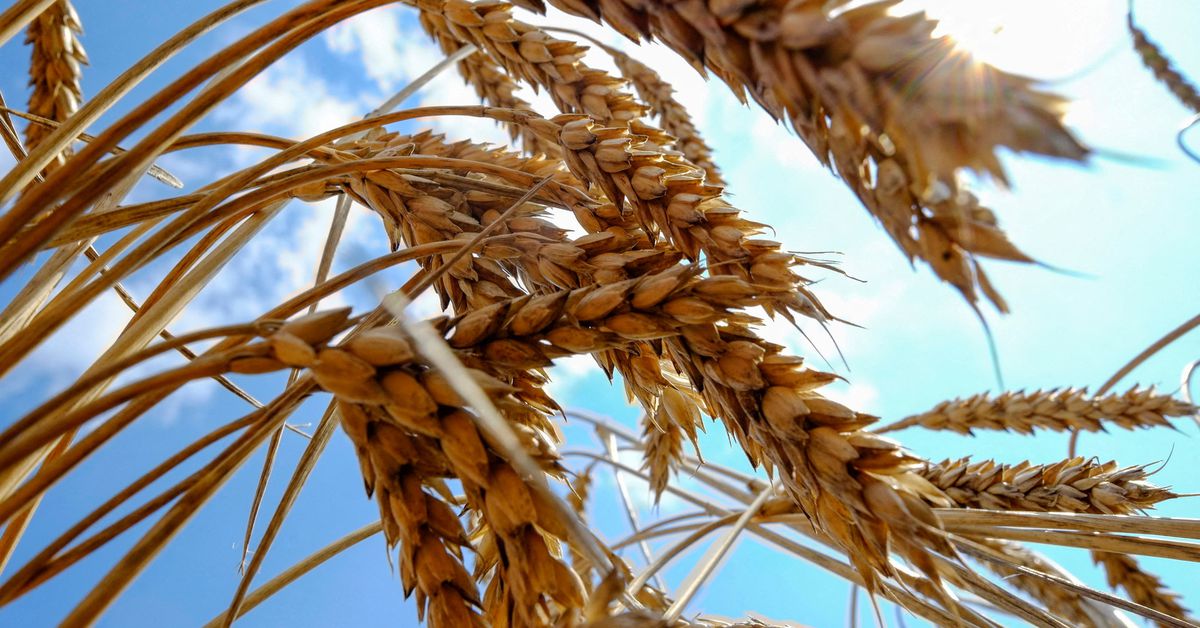 Wheat is seen in a field near the southern Ukranian city of Nikolaev July 8, 2013. REUTERS/Vincent Mundy

June 22 (Reuters) – Russia and Turkey agreed to pursue talks on a potential safe sea corridor in the Black Sea to export grain from Ukraine after discussions in Moscow, the Russian and Turkish defence ministriessaid on Wednesday.

In a statement, Turkey’s defence ministry said a Turkish dry cargo vessel, the Azov Concord, had also safely left Mariupol as a result of the talks, and added the ship was the first foreign ship to leave the port since Russia invaded Ukraine on Feb. 24.

Ukraine is one of the top global wheat suppliers, but shipments have been halted by Russia’s invasion, causing global food shortages. The United Nations has appealed to both sides, as well as maritime neighbour Turkey, to agree to a corridor.

Mariupol, on Ukraine’s southern coast, fell under the control of Russian and separatist forces in May after a months-long siege.

While Moscow wants certain Western sanctions lifted to help facilitate grain and fertiliser exports, Kyiv seeks security guarantees for its ports to agree the U.N.-led plan. Ukraine has also said no agreement can be reached without its approval.

NATO member Turkey has held direct talks with Moscow and the U.N. on the plan, but said more were needed for a deal. It said demands set out by Russia and Ukraine were reasonable.

Turkey’s defence ministry said talks between the Turkish and Russian military delegations on Tuesday to discuss the corridor, the safe departure of vessels at Ukrainian ports and the return of Turkish planes at Ukraine’s Borispol airport were lengthy, “positive and constructive”.

The ministry said the Azov Concord vessel left Mariupol port hours after the meeting. Talks were chaired by generals assigned to operate a “hotline” between Ankara, Moscow and Kyiv to seek a solution to the crisis, it added. read more

“It was learned that an understanding emerged for talks to be held between Turkey, Russia, Ukraine and the United Nations to resolve the problem. In this framework, it was found out that a four-way meeting in Turkey is expected following meetings with the Ukraine and U.N. sides,” it said.

On Tuesday, sources in the Turkish presidency said a meeting between Russia, Ukraine, Turkey and the U.N. would be held in Istanbul in coming weeks. read more

Turkey has offered to host an “observation mechanism” to be formed to monitor the implementation of the sea corridor plan in Istanbul.