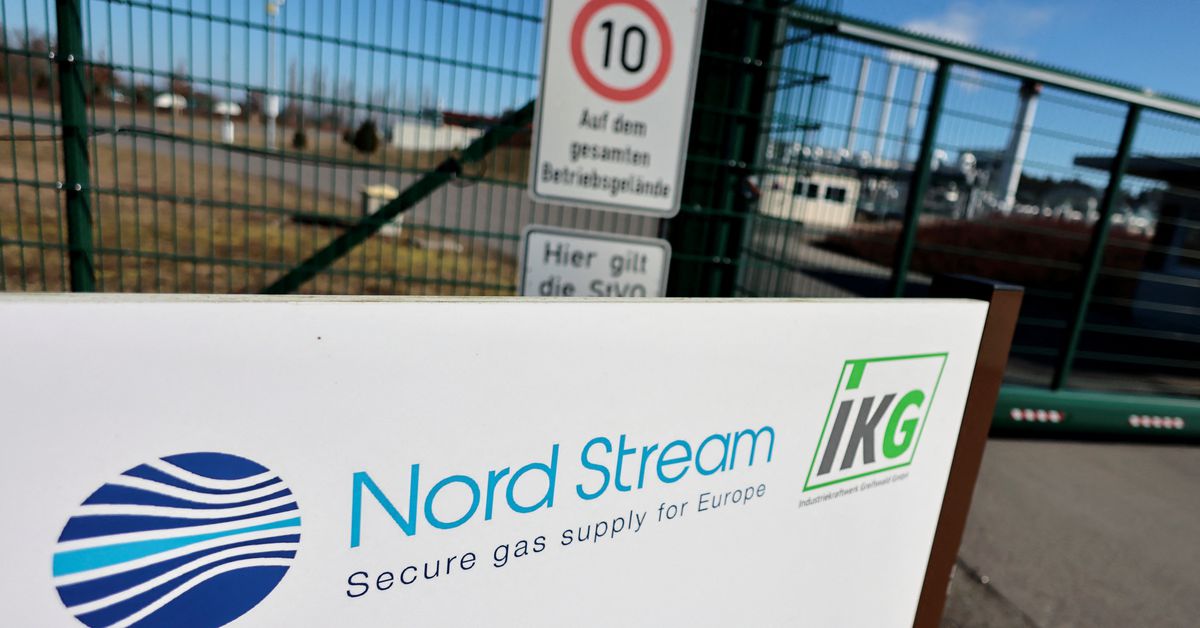 The logo of the landfall facilities of the ‘Nord Stream 1’ gas pipeline are pictured in Lubmin, Germany, March 8, 2022. REUTERS/Hannibal Hanschke

Physical flows to Germany through the Nord Stream 1 pipeline across the Baltic Sea stood at 29,451,913 kilowatt hours per hour (kWh/h) on Tuesday morning, in line with levels over 29,000,000 kWh/h seen through most of the previous day, operator company information showed.

Russian gas producer Gazprom (GAZP.MM) last week said capacity through the pipeline would be cut to just 40% due to the delayed return of equipment being serviced by Germany’s Siemens Energy (SIEGn.DE) in Canada.

European leaders such as German Chancellor Olaf Scholz have questioned whether the cut in flows is politically motivated rather than a technical issue. read more

Italy’s ENI (ENI.MI) request for gas from Gazprom on Tuesday was only partially confirmed.

The Nord Stream 1 pipeline will undergo regular annual maintenance from July 11 to July 21, when there are usually no flows.

Gazprom said its supply of gas to Europe through Ukraine via the Sudzha entry point was seen at 41.2 million cubic metres (mcm) on Tuesday, slightly down from 41.7 mcm on Monday.

Nominations for gas flows into Slovakia from Ukraine via the Velke Kapusany border point stood at 36.8 mcm per day, unchanged from Monday, data from the Ukrainian transmission system operator showed.

Eastbound gas flows via the Yamal-Europe pipeline to Poland from Germany rose slightly, data from the Gascade pipeline operator showed.

Exit flows at the Mallnow metering point on the German border with Poland stood at 1,884,534 kWh/h on Tuesday morning, up from levels of around 1,600,000 kWh/h the previous day, data showed.