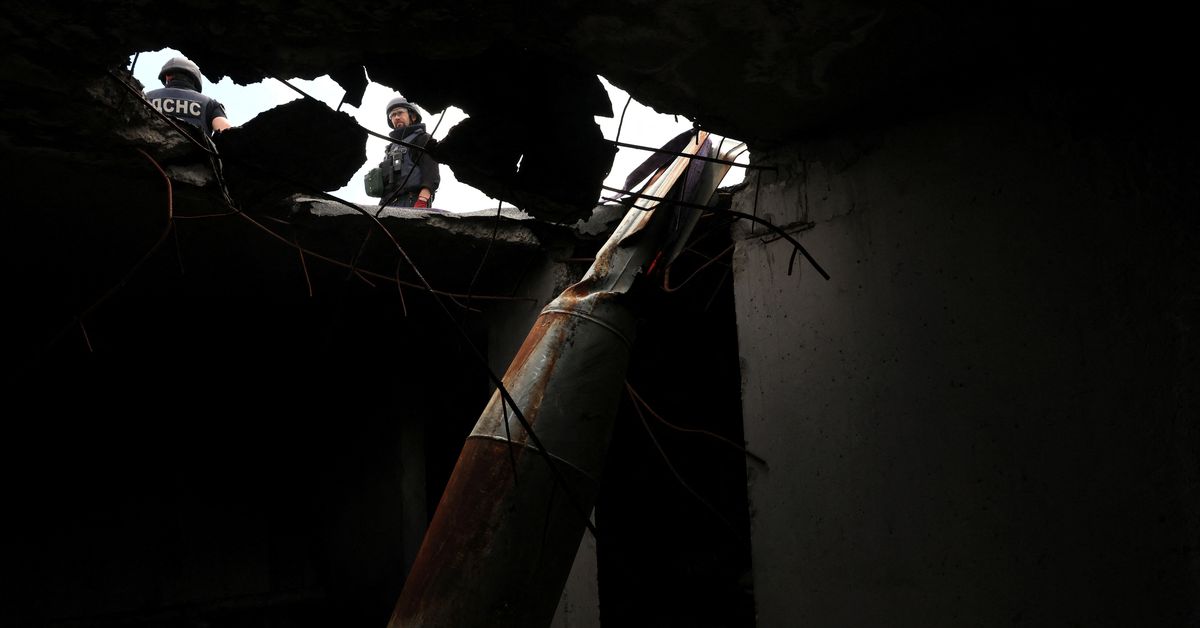 Members of a specialised team that defuses and removes explosives, bombs, mines and other munitions remove a defused 500kg bomb that did not detonate when it landed on an apartment building in March, in the Saltivka neighbourhood, as Russia’s attack on Ukraine continues, in Kharkiv, Ukraine, June 23, 2022. REUTERS/Leah Millis

June 23 (Reuters) – Ukraine, in a symbolic move, on Thursday said it had formally filed a case against Russia at the European Court of Human Rights to end “the mass and gross human rights violations” by Moscow’s forces during the war in Ukraine.

The bid has no chance of substantive success, given that on June 7 the Russian parliament approved two bills ending the court’s jurisdiction in Russia. read more

A Ukrainian justice ministry statement said Russia’s invasion of Ukraine was illegal under the European Convention on Human Rights.

“The Court will be invited to find that Russia has been guilty of the most flagrant, serious and sustained violations of the Convention ever placed before the Court, and to award just satisfaction on an equally unprecedented scale,” it said.

The filing covers the first period of the war, from Feb. 24 until April 7, the date Russia effectively withdrew its ground forces from around Kyiv and other northern cities. Subsequent filings would cover later events, the ministry said.

Moscow has denied allegations by Ukraine and Western governments of human rights violations during the war.

In March, the United Nations’ top court for disputes between states ordered Russia to stop military operations, saying it was profoundly concerned by Moscow’s use of force. The International Court of Justice was responding to a case filed by Ukraine shortly after the war started. read more