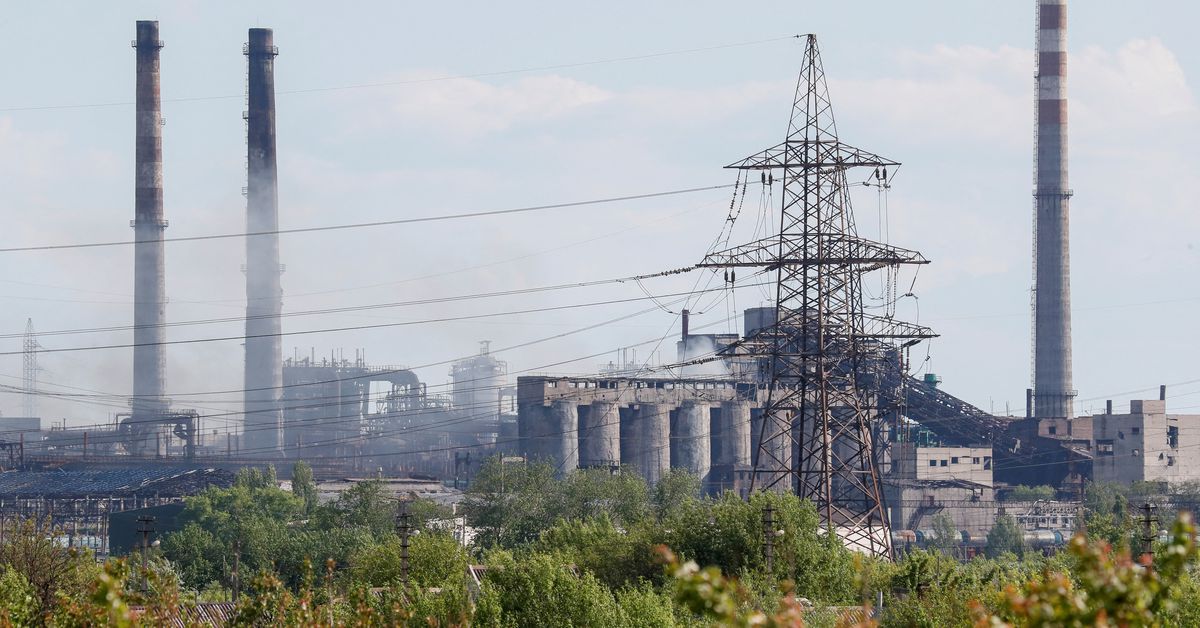 KYIV, June 22 (Reuters) – Ukraine’s largest steelmaker has urged customers not to buy any products made at its plants in Mariupol because it fears they may have been stolen by Russian forces occupying the southern city.

Metinvest said in a statement that more than 234,000 tonnes of steel products manufactured by its Ilyich Steel and Azovstal factories had been in storage in Mariupol when Russia’s invasion of Ukraine began on Feb. 24.

The two plants have not cooperated with Russian representatives since Russian and separatist forces took full control of Mariupol in May, it said.

Russian forces have blockaded Ukrainian ports in the Back and Azov seas, preventing Azovstal and Ilyich Steel from exporting products to clients in Europe and the Middle East. But ships loaded with grain and metals will leave Mariupol soon, a pro-Russian separatist leader said last week.

“Metinvest enterprises have underlined that there is a high probability of theft and smuggling of Ukrainian steel products,” Metinvest said in a statement.

“Metinvest Group’s enterprises, therefore, ask all potential buyers to reject any offers related to the stolen products, as any purchase thereof would not be considered as having been made in good faith.”

The statement provided no evidence of theft.

Asked why Metinvest considers any of its products that go on sale are likely to have been stolen, a company spokesperson provided no further details but said: “Because the occupiers are already looting it. They have already stolen some of the volumes and boasted about that in their media”.

Russia has previously dismissed Ukrainian allegations of stealing from territories it has occupied in Ukraine.

Moscow says it is engaged in a “special military operation” to demilitarise Ukraine and rid it of dangerous nationalists. Ukraine and its allies dismiss this as a baseless pretext to launch an unprovoked war of aggression.