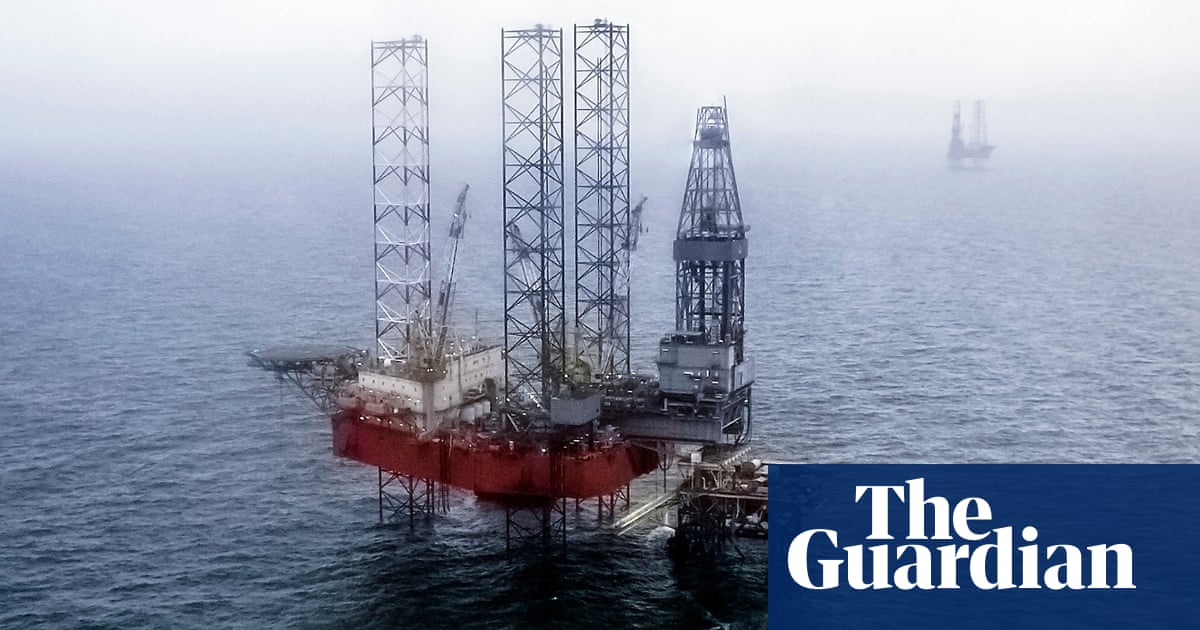 Seven people were missing and three injured after the strikes, according to the head of occupied Crimea, Sergey Aksyonov, who said a “rescue operation with the participation of patrol ships and aviation” was under way.

The three offshore platforms, the Boyko towers, had previously been seized by Moscow from Ukraine in 2014. Kyiv believes they are used for military reconnaissance and to help assert control of a larger portion of the Black Sea.

There was no immediate official confirmation from Ukraine about the attack, although one Ukrainian MP from the Odesa region, Oleksiy Goncharenko, said in the early morning that missiles had been fired at the rigs.

An attack on the platforms would represent a further attempt by Ukraine to reach into the Black Sea, coming three days after it said it had destroyed a Russian tugboat near Snake Island using western Harpoon missiles.

Last month it emerged that Denmark would supply a Harpoon coastal defence system to Ukraine, with rockets that have a range of 77 miles (124km). It operates alongside Ukraine’s Neptune missiles, which sank the Russian warship Moskva in April.

Elsewhere on land, Hanna Malyar, Ukraine’s deputy defence minister, said that Russia was gathering its forces to launch a final assault on the Donbas city of Sievierodonetsk and neighbouring Lysychansk by the end of the week.

Malyar told Ukrainian television that “decisive battles in the Sievierodonetsk region” were going on and that the Russians were hoping to “reach the borders of Luhansk region approximately by 26 June” – implying the capture of both cities.

Fighting has been ongoing in Sievierodonetsk for weeks as Russia attempts to blast its way towards control of the city through intense artillery shelling, while Ukraine has been engaged in a desperate defence that is likely to have cost hundreds of lives.

Serhiy Haidai, the governor of the Luhansk region, said Ukrainian forces were still hanging on. “They control the main part of the town, but not the whole town,” he said, adding that the fighting made evacuations from the city impossible.

Ukraine’s president, Volodymyr Zelenskiy, predicted Russia would intensify its attacks this week, warning European partners they too should be prepared for an increase in hostilities as Kyiv awaited a decision on its bid to join the EU.

“A historic week begins,” he said in a video address overnight as EU leaders considered whether to follow a European Commission recommendation to grant Kyiv candidate status to join the economic bloc.

Zelenskiy said: “Obviously, we should expect greater hostile activity from Russia. Purposefully – demonstratively. This week exactly. And not only against Ukraine, but also against other European countries. We are preparing. We are ready. We warn partners.”

Ukrainian missile and artillery strikes also continued against Donetsk. The biggest city in the Russian-controlled Donbas is facing some of the heaviest shelling since the start of the conflict in eastern Ukraine in 2014.

Footage posted on local social media channels also appeared to show damaged infrastructure in the city. Aleksey Kulemzin, the Russia-appointed mayor of Donetsk, urged local residents on Monday not to leave their homes and to seek shelter. “Donetsk is under shelling again,” he said.

Igor Girkin, a former FSB officer who led a separatist militia in the Donetsk area of eastern Ukraine in 2014, wrote on his Telegram page that the shelling also damaged the headquarters of the 1st Army Corps, the military force of the pro-Russia Donetsk people’s republic.

Ukrainian strikes during the weekend hit military weapons facilities, according to video footage of burning depots posted online by Russian state media. “It looks like Ukraine is hitting the ammunition targets and logistic facilities in the Donbas to degrade Russia’s ability to fight in the east,” said Rob Lee, a military analyst.

Haidai said wheat farmers in nearby Russian-occupied territory were being paid less than half what they received before the war, and in Russian roubles. Russian occupation authorities awere offering farmers 8,000 roubles (£118) a tonne of grain for the future sowing season, he said.

“In fact, producers will be paid only 30% of the cost of grain. Specialists understand that it isHaidai added.

Before the war, Ukraine was the world’s fifth-largest exporter of wheat but the Russian blockade of the Black Sea since the start of the invasion has prevented the country from exporting much of its grain, pushing up global prices.

The EU foreign policy chief, Josep Borrell, called Russia’s blockade of Ukrainian grain shipments “a real war crime”, adding: “It is inconceivable. One cannot imagine that millions of tonnes of wheat remain blocked in Ukraine while in the rest of the world people are suffering hunger.”