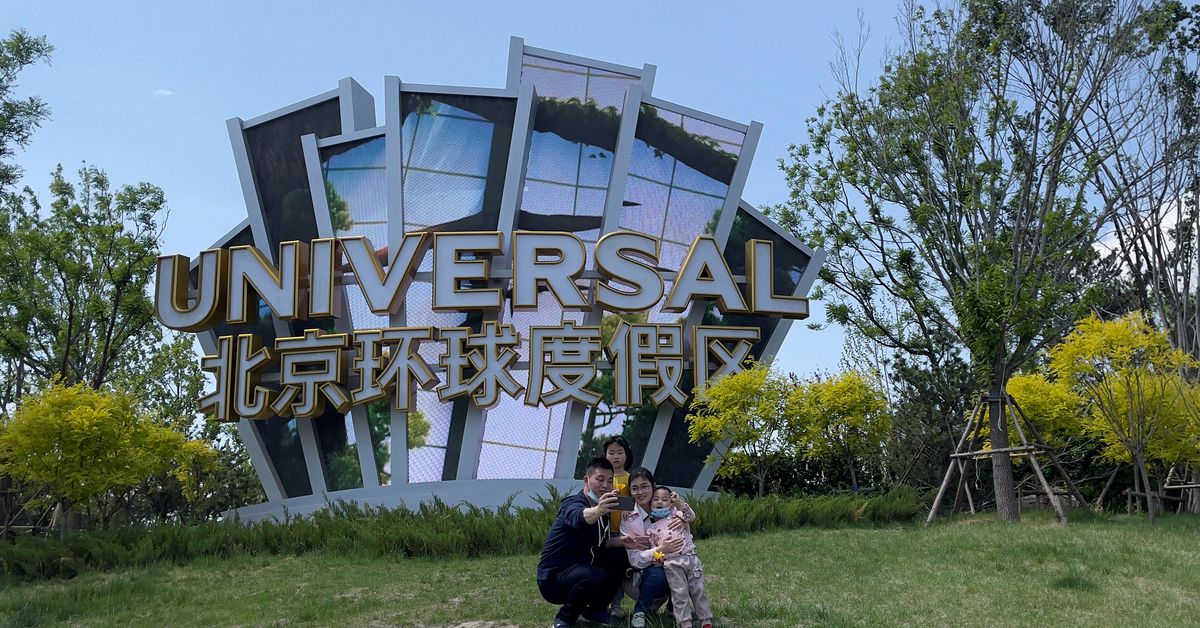 People pose in front of a sign of the Universal Beijing Resort, following its closure amid the coronavirus disease (COVID-19) outbreak, during the Labour Day holiday in Beijing, China May 1, 2022. REUTERS/Alessandro Diviggiano

BEIJING, June 22 (Reuters) – The Universal Beijing Resort said on Wednesday it will reopen on June 25 after being closed for nearly two months, as the number of new COVID-19 cases in the Chinese capital falls.

The resort said on its official WeChat account that after it reopens, all visitors must show a negative PCR test taken within the past 72 hours and wear masks at all times.

It will start selling tickets again on June 23, it said. The Universal Studios Grand Hotel will resume receiving guests on June 24, while the other hotel, NUO Resort Hotel, will open to the public on July 1.

The Universal Beijing Resort shut on May 1 as the city battled an outbreak, which prompted local authorities to shut numerous public venues and carry out multiple rounds of mass testing.

The resort initially announced a June 15 reopening two weeks ago, but was forced to postpone it due to a fresh wave of COVID-19 cases in the city. read more

Opened in September 2021, the resort includes a CityWalk, two hotels and the Universal Studios theme park.