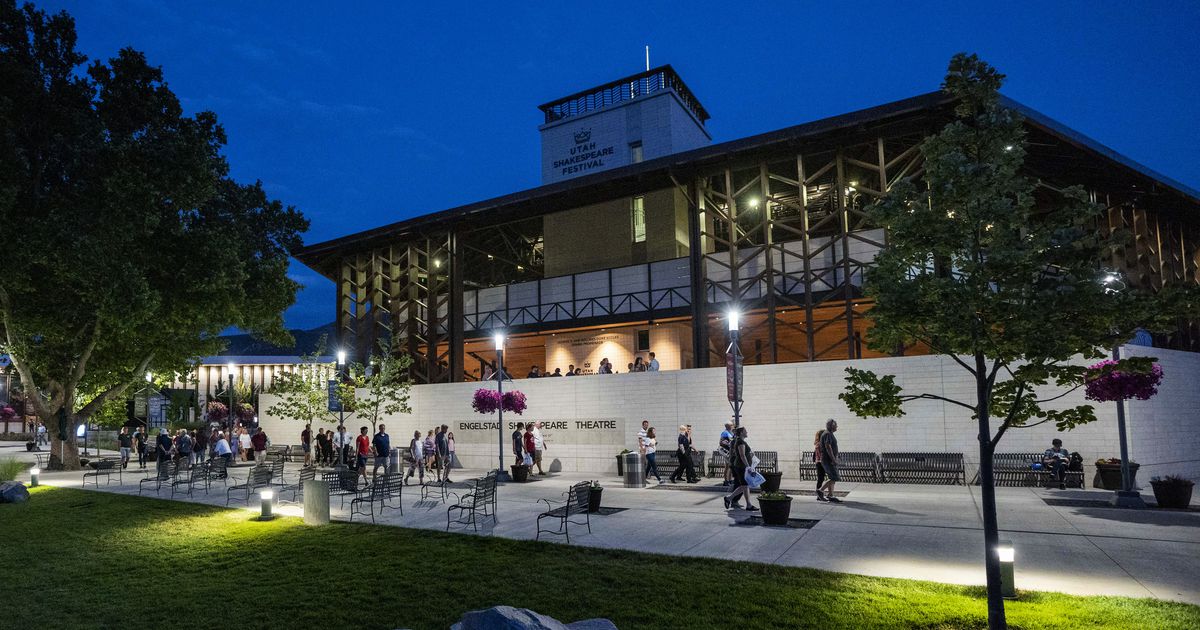 The opening night performance of the Utah Shakespeare Festival originally scheduled for Thursday has been postponed, thanks to a COVID-19 outbreak among company members.

And the shows that are still happening — even the musicals — will have cast members wearing masks onstage as a result, festival officials said.

Wednesday’s other performance, a preview of the musical “Sweeney Todd,” had previously been canceled, festival spokesperson Donn Jersey said Wednesday.

Jersey said eight members of the company tested positive for COVID-19 this week.

According to the federal Centers for Disease Control and Prevention, Iron County — where Cedar City, the festival’s home, sits — is considered in the “low” transmission category for COVID-19.

The rest of the week’s schedule looks like this, Jersey said:

Thursday • The 2 p.m. preview of “The Sound of Music” will go on; the opening of “All’s Well That Ends Well” is canceled.

Friday • The 2 p.m. preview of “Trouble in Mind” and the 8 p.m. performance of “Sweeney Todd” (now billed as a preview) will go on.

Saturday • The 2 p.m. preview of “Clue” will be performed. As of Wednesday morning, no decision has been made on whether the 8 p.m. performance of “King Lear” will go on; if it does, it will be considered a preview performance.

Sunday • The festival traditionally does not schedule performances on Sundays.

The festival’s Greenshows will go on as scheduled.

Festival leaders have told all company members they must wear masks at all times, Jersey said, including actors during performances. No decisions have been made for shows beyond this week.

People with tickets for the canceled shows can get a refund, exchange them for tickets to a later show, or get a gift certificate to be used later. The festival box office is working to contact all who have tickets to canceled shows.

Performances of “King Lear,” “All’s Well That Ends Well” and “Sweeney Todd” will be staged in the Engelstad Shakespeare Theatre, the open-air venue modeled after the old Globe Theatre in which Shakespeare originally produced his plays.

“The Sound of Music,” “Trouble in Mind” and “Clue” are set for the indoor Randall L. Jones Theatre.

Jersey pointed out that theater companies worldwide are dealing with COVID-19 outbreaks, and the problem is not isolated to the Utah Shakespeare Festival.

The festival is scheduled to run through October 8 at Southern Utah University in Cedar City.