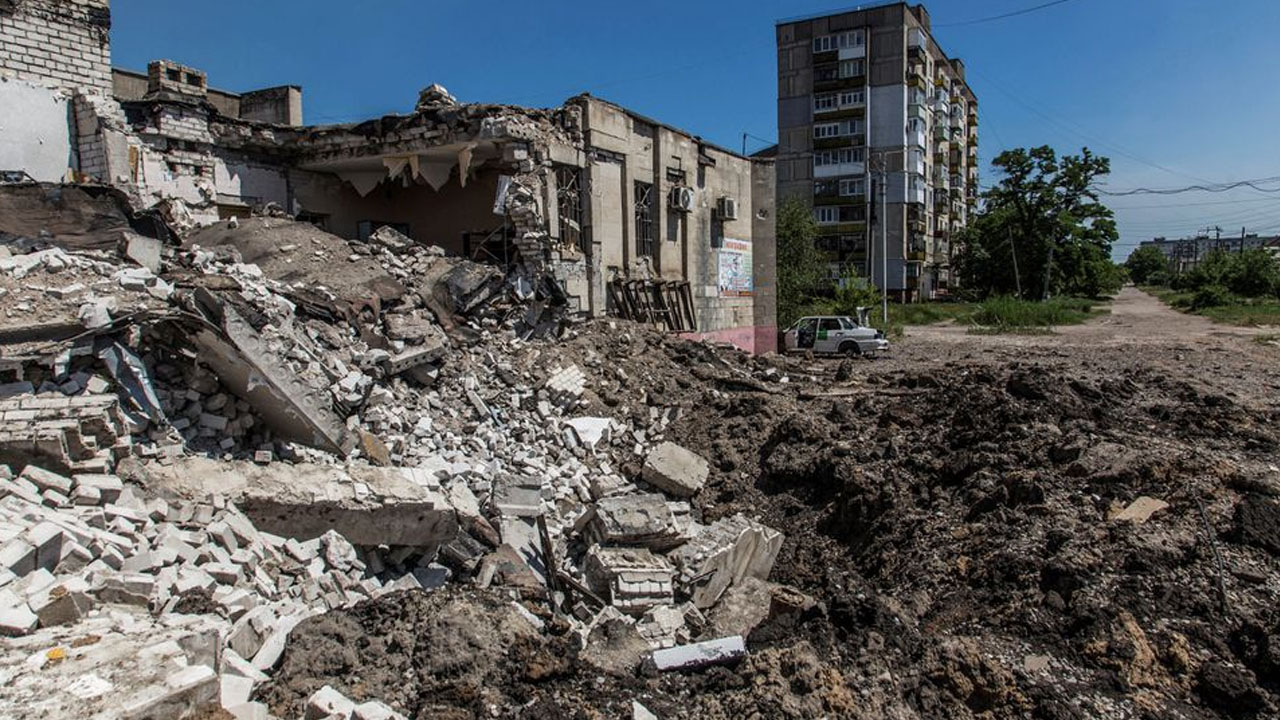 More than 100 days have passed when the first Russian soldier crossed the international border to capture the Ukrainian territory, but still there is thick confusion in the air as far as the biggest armed conflict in Europe since World War II is concerned.

All the stakeholders, particularly the Western capitals, appear to be in complete disarray at the moment. On the surface, the plan of Vladimir Putin is very simple; annex the territory in east and south, depose Volodymyr Zelensky, change the geopolitical fabric, demilitarize, neutralize and “de-Nazify” Ukraine – and thus achieve the key strategic objective of putting a permanent full-stop to the east-wards expansion of NATO.

So far, contrary to the claims of the Western analysts, things are on the track as per the initial plan of Putin. 100 days have passed, and Putin is still pursuing his declared strategic objectives in this war. Within few weeks after its massive and blistering attack on Ukraine, Putin
“abandoned” the plan to ensnare Kyiv and shifted focus from the Ukrainian capital to Donbas – eastern regions of Luhansk and Donetsk.

This sudden shift in the focus of Russian military operation was part of the pre-planned tactics. Capturing Kyiv was never the part of his basic plan. He knew well that the invasion of Kyiv would create massive logistical problems for Russia. A ruined capital, with complete bereavement of infrastructure, would not be manageable by Russia at all.

He wants to create geographical disintegration of Ukraine in such a way that would facilitate his much-desired “thicker” buffer zone in South and East of the country.

Putin is continuously strengthening his grip in the eastern and southern parts of Ukraine by mobilizing specialized units of the ground forces to the area. Though majority of Western military analysts are claiming that Putin faced setbacks in his first phase of the war and, therefore, he pulled back his troops from Kyiv and diverted them to the eastern and southern front of the war. But this seems to be far from the reality.

Putin is a clever strategist. Putin knows very well that the Russian army does not have sufficient logistical capabilities to first capture Kyiv – which is located deep inside of Ukraine – and then sustain it for more than few weeks. It will be a major political disaster and sheer embarrassment for Putin to capture and then lose Kyiv to the Ukrainian forces after a few days. In the absence of any rail and road movement of the troops and smooth supplies of materials (including ammunition, spare parts, fuel and other warfare) Russian ground forces will be in an extremely vulnerable position in the surroundings of Kyiv. There is no possibility for Russian forces to ensure a quick and safe supply chain of the required material to the forward-deployed units in Kyiv – a prerequisite for any invading army to ensure its control over the occupied territory.

The only reason behind the Russian assault to Kyiv in early stage of the war was to push the panic button in the Western capitals and Washington.

By attacking Kyiv, he sent the shockwaves across the European continent. He simply took a psychological advantage by catapulting the EU and NATO– as well as the European public at large – into hysterical despondency when Russian jets started targeting Kyiv.

The Ukrainian refugees started rushing towards the neighboring countries in desperation. There was total chaos. This is the kind of panic that Putin wanted to create so as to divert the world attention from fast moving
Russian ground force across the border of Ukraine in the eastern and southern parts. Putin was well prepared for all the punitive measures and Western sanctions against Russia and its economy. He knew that he would be isolated on the world stage. His main strategic intent is to permanently stall the east-wards expansion of NATO and keep NATO forces away from its borders by creating a big buffer region inside Ukraine.

Russian forces have occupied one-fifth of the Ukrainian territory and now they are concentrating efforts to create a land corridor along the south coast that will link Crimea to the Russian borders. The capture of eastern regions of Ukraine is a part of bigger plan of Putin who is likely to repeat the same old sham vote drama which he played in Crimea in 2014.

Today, the main war is a being fought on roughly 900-kilometer front that extends just west of Kherson along the Black Sea, and Russia is trying to establish a crude form of stat-building in the captured area as to make it a part of the Russian federation. The situation is very – comically – interesting; Ukrainian President Volodymyr Zelensky is hoping for some success in pushing back the Russian troops towards the border so as to resume a dialogue with the Russians from a position of strength, while Vladimir Putin is fortifying his grip on the captured areas to have a bigger bargaining tool at the negotiating table. This is the main reason why this unfortunate war is being dragged by all stakeholders, instead of resuming the talks.
Dr. Khalid wrote from Karachi, Pakistan.