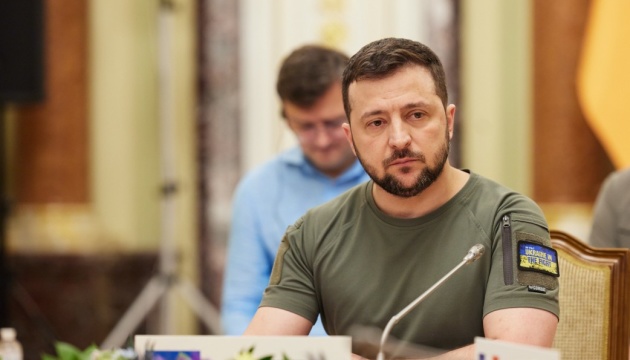 Ukrainian President Volodymyr Zelensky has thanked Ireland’s Prime Minister Micheal Martin for supporting the EU candidate status for Ukraine and invited him to visit the country.

The head of state said this on Twitter, Ukrinform reports.

“Talked to Irish Prime Minister Micheal Martin on the eve of the historic European Council meeting. Thanked for Ireland’s active support of Ukraine’s European aspirations and the status of a candidate for EU membership. Invited to make the first visit to Ukraine in the history of bilateral relations,” Zelensky said.

On June 17, the European Commission published its opinions on EU membership bids from Ukraine, Moldova and Georgia and recommended that the first two countries be granted candidate status. The European Council is due to consider the issue at a summit on June 23-24 and make a final decision.